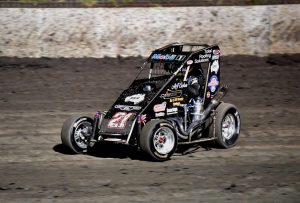 Only recently announced by Keith and Peta McAllen is the news that young Kaiden Manders will not be returning to the Team in 2017.The seat of the McAllen Mobil 1 Mac 21m KRE Eagle will be taken over by Dwayne Kingshot..

Kingshot’s first outing with the Team will be  at the Kwinana Motorplex on 14th January, 2017 to contest the New Year Speedcar Derby.The Team will then move up to Queensland to contest the big Speedcar events against many of the best Speedcar/Midget drivers from the US, New Zealand. 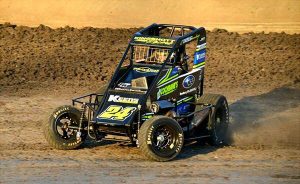 With recent USAC and Powri experience last year Kingshot will be a strong contender. The McAllen race cars are proven winners .Who can forget the fantastic performance put in by Adam Clarke holding every State Title in the one year. After Clarke young Kaiden set the Speedcar World alight and along the way in a short career behind the wheel  won 15 feature races, numerous heat races, State Title, Kaiden was the youngest ever winner of the Michael Figliomeni Memorial the Magic Man 34 .Stunning performance by any reckoning . 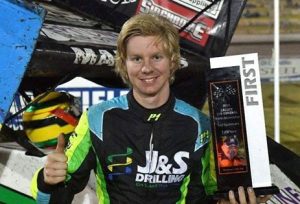 Kaiden’s commitments with the J&S drilling team 360 Sprintcar program made it difficult to meet the schedules and commitments the McAllen Team required .On 12 December Kaiden won his first 360 Sprintcar race, the first of many I would suggest.

The McAllen Team could not have made a better choice and the combination will certainly continue the success of the McAllen Motorsports Team.