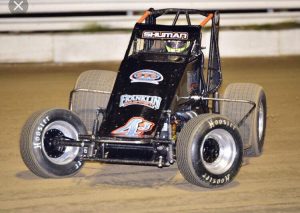 If you love your dirt track racing here how one of the sports best plans to improve his driving .Casey Shuman best known for his exploits on dirt in midgets and sprintcars , Shuman has entered the 2016 US Golf Open .

A keen golfer Shuman is remembered by Australian and Western Australian fans for his second in 2013/15 magic man 34 race in Perth behind country man Alex Bright. Casey Shuman is the force behind the BOSS Chassis Wingless Auto Racing Series WARS based out of Americas heartland , Missouri .

With one of his car recently up for sale the racer from Rattlesnake Arizona will soon be realized a lifelong calling when he tees off in his qualifying rounds at the Oakmont Country Club on June 13th. 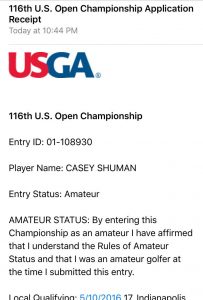 Shuman has entered the 116th running of the Open as an amateur and while most interest around the Golfing World will centre on names like Adam Scott, Jason Day and Jordon Speith Dirt Speedway fans will be keen to follow Casey’s progress as  he undertakes such a massive challenge.