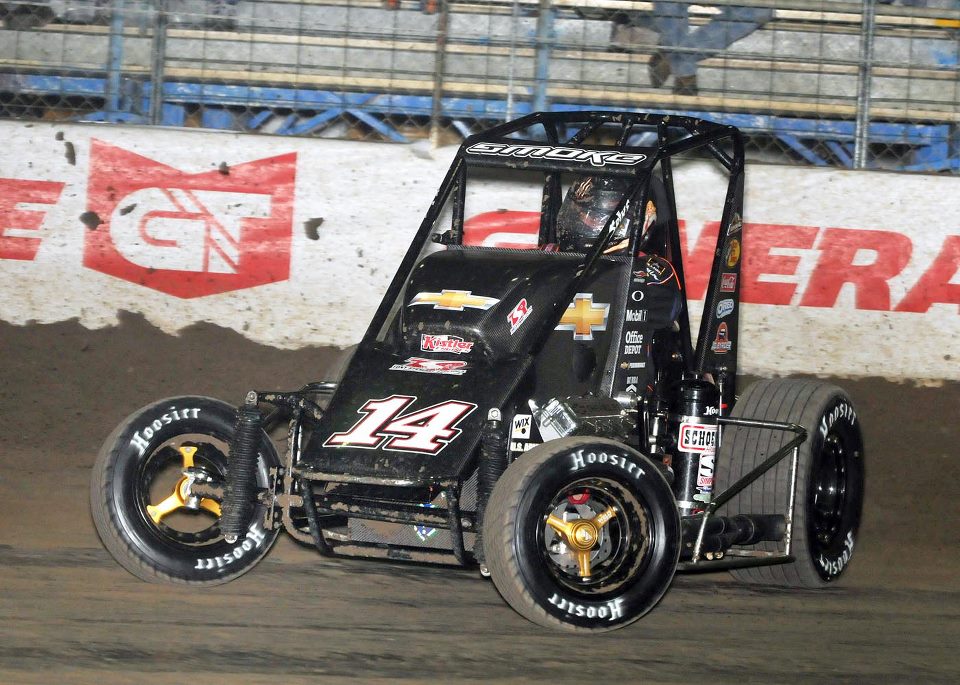 Latest news out of Tulsa , Tony Stewart is entered in the Chili Bowl . The three times Nascar Champion and super dirt track star will drive the special-edition black, carbon-fiber entry labeled the “Black Magic” number14 TSR /Chevrolet  Performance / Spike.. Tony is well prepared coming into the Bowl with an all the way win in the recent 40 lap Powri Lucas Oil National Midget Series held on the one sixth of mile Mini Magic at the Southern Illnois  Centre in the DuQuoin.

Stewart is a two times winner of the Bowl in 2002 and 2007. Stewart has won in every class on dirt , been in the action at the Indy 500 there is no more complete racer around today and he is sure to give the Chili Bowl at RED HIT GO !