Entries stand at 162 for the 27th running of the Chili Bowl . Entries include 2005 winner Tracey Hines and Father and Son Sammy and Kevin Swindell. The Swindell’s have won the title a staggering 8 times between them . Both will drive Spike chassis powered by Esslinger.

Among the field with a strong chance is the current USAC  Champ Bryan Clauson  in another Spike with Esslinger power. 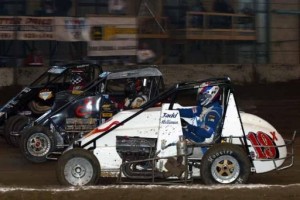