Kaiden Manders finish the season as he started with win 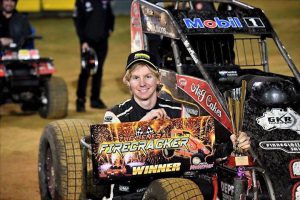 Young Western Australian Kaiden Manders in the McAllen Motorsports entry finished the 2015/16 season on a high. Winning the final Feature on the Perth Motorplex program. Manders dominated the race and the win added another page to his impressive list of speedcar success.The 2016 season ended with the Team adding the Perth Track Championship to their 2016 list of wins

This year the promise Manders showed when he won the 2014 Magic Man 34 was carried forward with wins in the Western Australian Title, the Laurie Mathew Classic and the Sheehan Haulage Grand Prix Series plus a swag of feature wins at tracks around the West.Overcoming the talents of lee Redmond and Dyane Kingshott for most of this past season clearly stamps Manders as the leading driver in Western Australia.

Kingshott has been driving the Lee Redmond #52 as his car is well on the way to the US where Kingshott wil compete in the USAC and POWRi Midget Weeks . 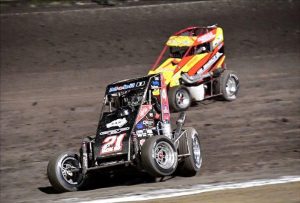 The combination of the McAllen Motorsports and Kaiden Manders continues to grow and with the careful management from the McAllen’s the future will be filled with many more major wins and Titles.

The results from the final night at Perth Motorplex , 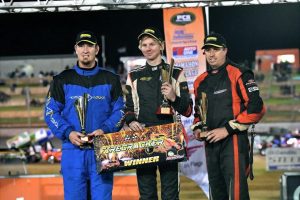