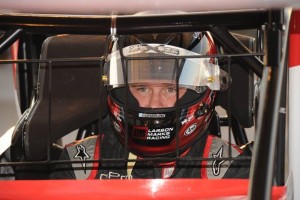 Stewart leads the Outlaws into Stockton-Saldana looking for change of luck
Shane Stewart and his Larson Marks Team head the pack as they roll into the Stockton Dirt Track by a slender 21 points over defending and 6 time Champion Donny Schatz.. 2014 Rookie of the year Brad Sweet sit a further 1 point back in third.
Stewart’s constancy is what has the Bixey Oklahoma wheelman on the top and it a combination of bad luck and poor constancy that has the Brownsburg Bullet Joey Saldana sitting back in 6th place 36 points in arrears of Stewart. 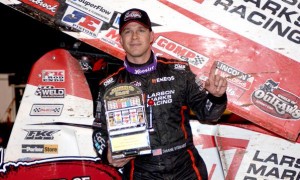 With eight different winners this season the indications are that this might well be a very open and close Championship.
At the same point in 2014 Donny Schatz and Brad Sweet had taken four of the 8 wins between them.

Saldana has been lighting fast continuing his pace from 2014 where the Motter #71 M driver picked up 24 fast times only to convert 7 into race wins. Saldana needs to lift his conversation rate and with an ounce of luck he might become the 9th different winner this weekend at Stockton during the two nights of the Western Spring Shootout.

In an interview with onedirt.com Joey Saldana had this to say.
“We’re in the dash every night and we’re qualifying well. That is what you have to do to be successful out here. You have to qualify well, you have to put yourself in position and we’re doing that – we really can’t do anything different than what we’re doing.”
“We just got to have a little bit of racing luck on our side,” Saldana said. “We’ve been in position to win three or four of these races – so it’s not like we’re doing anything wrong, we’re just not finishing it off. We can’t get discouraged on ourselves, we just have to keep doing what we’re doing and hopefully it pays off eventually.”

The Saldana bad luck was evident last week in Tulare .After posting 2nd quick time behind Shane Stewart the Bullet worked his way through the heat and dash process to find the pole position for the 35 lap A Main.The bullet had the yellow 71M heading he field for the first 11 laps then lady luck deserted him when Australian Ian Madsen tagged him sending him into a spin and having the second placed Brad Sweet crash into him. Madsen and Sweet went to the work area and returned to racing; Saldana’s car was a wreck, no points after such a great start. 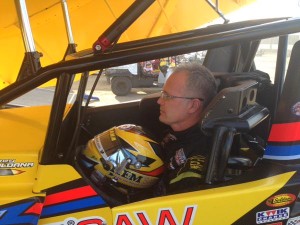 Saldana looking for change of luck

Aussie Kerry Madsen, The American Racing Custom Wheels #29 will be hoping for a repeat performance from last year when he gave Donny Schatz a start and drove around him on the last lap for a memorable race win.

This report is supported by FLAT OUT Magazine .THe information source for all thats happening with Sprintcars and Midget across the US .

Visit our Flat Out page for amazing special limited offer .December aand current February edition both for the AMAZING PRICE OF A$10.95 postage paid to any New Zealand or Australian postcode 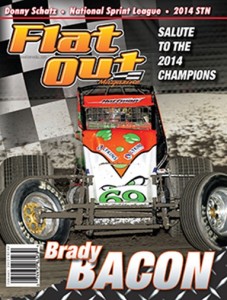 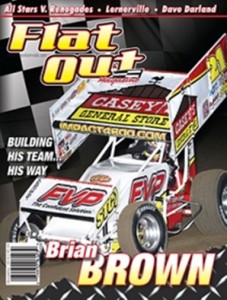