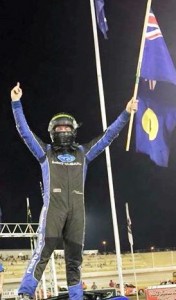 This news is what I have been waiting to hear from one if not the classiest young racer in Australia .So dominating right across Eastern and Western Australia .Multiple winner of the Speedcar pro Series Dayne Kingshott takes the next step in his career.

The following is the press release from Kingshott Racing

“It’s with great excitement that we can announce our racing plans for the next 12 months.

Unfortunately for our local fans, it will be a limited season in the Kingsport Racing #24. Only taking in the new Pro Speedcar Week in November, with only 3 races in WA.

Later in the season Dayne will jump into the Bobby Smith owned Spike Esslinger for the Australian Speedcar Championship, with the possibility of some other races in the Smith owner car. 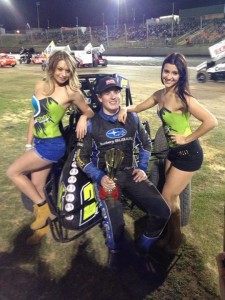 After some serious thought and discussion the team decided that the time was right to try their hand against the world’s best.

Following the Australian summer the team will pack their bags and head to the USA for a month long tour taking in both the Powri and USAC Midget weeks a hopefully getting in a few other races along the way.

This, funnily enough, was a difficult decision to make as it will affect racing for us in the Kingshott Racing #24 in Australia for some time.

This is a massive undertaking for our team, but is something that we feel we need to do.

Stay tuned for further updates and thank you for your support.” End release