Want the hairs on the back of your neck to stand up this week end then better get along to Brisbane’s Archerfield Speedway this week end for the Speedcar Championship of Australia. Get yourself down to the fence line where you will feel the sounds as the midgets get into the track and challenge the cushion. If you get clay in your hair and the smell of racing fuel in your lungs you will have had a get night no matter who wins. 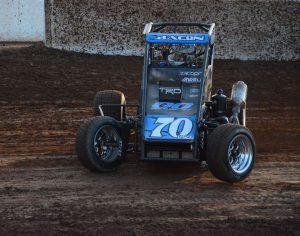 For seventy five years this prestige Championship has attracted not only the best Midget Speedcar drivers in Australia but the very bravest and talented from New Zealand and the USA.South Australia and Tasmania are the only States not represented but other Teams have been arriving after long hauls up the highways and across Oceans.

The defending Champion is seven times New Zealand Champion Michael Pickens. Fellow Kiwis Brad Mosen, Hayden Williams and Chris Gwilliam make up the Kiwi challenge.The favorite for the Championship must be Two times Chili Bowl Champion and 2014 USAC Midget Champion Rico Abreu base on current Australian form. Abreu will be joined by Brady Bacon, Zach Daum, Andrew Felker and Alex Bright, all have major US Title to their names and plenty of experience on Australian track. 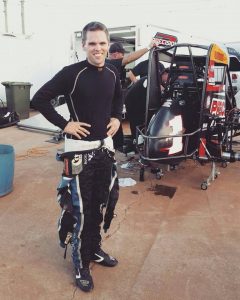 The Australian’s will be determined not to let another Title head overseas and they have plenty of fire power for the Kiwis and Yanks to get over first. Nathan Smee and Adam Clarke both former Champions desperately want another Title and Dayne Kingshott now with McAllen Motorsports will be out to improve on his strong second behind Abreu at the recent Lismore International Midget Show.

While it is hard to go past Abreu and Bacon I would not be surprised if Dayne Kingshott brings another Title home to Western Australia for the McAllan Stable.The two nights of racing starts with the preliminary night Friday February 3rd and the Championship night Saturday February 4th.