It’s Veal and Krikke Motorsports together in 2017 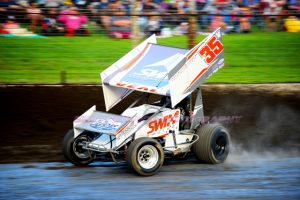 In a major announcement Krikke Motorsports principal Ryan Krikke announces that Jamie Veal will be joining the Team full time  for the 2017 Australian season. Veal will replace Brooke Tatnell behind the wheel of the Western Australian based Transport Equipment Hire  backed #WA2 Sprintcar Team.

This is great news for the future of World Series Sprintcars and will see * Australia’s two leading drivers continue their rivalry in the *top two Sprintcar teams in the Country.

American based Australian Legend Brooke Tatnell departs the team after 12 years in which the team shared many special and emotional victories. Tatnell and Krikke Motorsports together have won many A Mains including an Australian Title, World Series Championships and the Grand Annual Classic most importantly the Krikke Boys Shoot Out 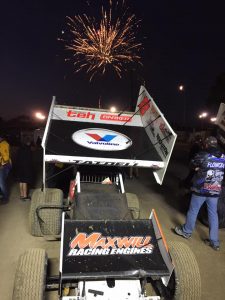 This would have been a very difficult decision for the team but with the Monte Motorsports signing last year of James McFadden this decision gives the team more fire power to take the challenge up to the 2016/17 World Series and Classic Championship Team in the coming season.

Veal’s signing came as the Warnambool based team had decides to scale back their Australian racing operation to focus on the teams US campaigns.Veal and Krikke will contest all major shows around the Country including the World Series Sprintcar Championship, the Australian Title and the Grand Annual Classic at Warnambool.

This is exciting news for Sprintcar fans across Australia and Talking Speedway wishes Krikke Motorsports, Jamie Veal great success in season 2017.We are also hopeful that we will get see Brooke Tatnell back in Australia as he is truly a legend and a fan favorite