THE CHASSIS and ENGINES AT THE CHILI BOWL 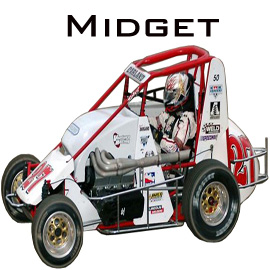 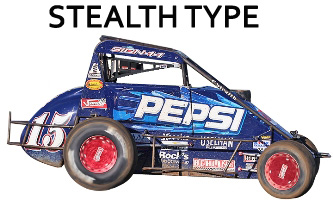 The first Eagle chassis came from the nest in 1987 and Eagle Chassis have won the Knoxville Championship 3 times, the World of out Laws Championship as well as many titles across Australia, New Zealand and the US 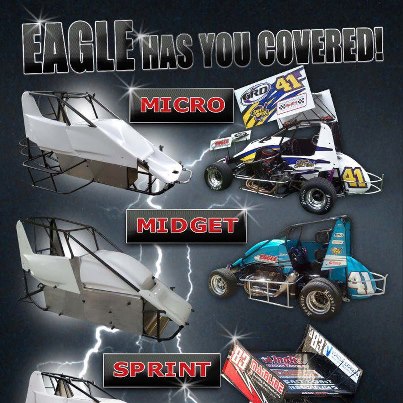 When it comes to Midget racing, one name is synonymous with success: Beast. From high-profile wins at Phoenix, Anderson, Irwindale, and Indianapolis to multiple USAC National, Western States, Regional and Club racing. Beast   chassis developed their first dirt midget chassis in 2009 after much success on the pavement speedways across the US. 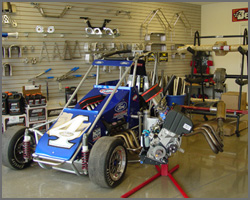 Best in the work shop

The chassis is entirely constructed of certified and tested 4130 Chromalloy tubing.

Bullet Chassis is based in Columbus, Indiana, next to the Columbus Airport and Indiana University-Purdue University Columbus (IUPUC).  Formally known as Kunz Chassis.  The cars are designed by set-up ace Keith Kunz, and now built right in our 12,000 sq. ft. Columbus, Indiana facility.  Keith has proven to be one of the nation’s best set-up guys and also teacher. 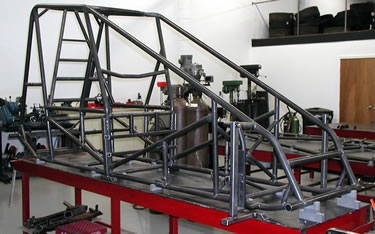 Bullet chassis on the rig 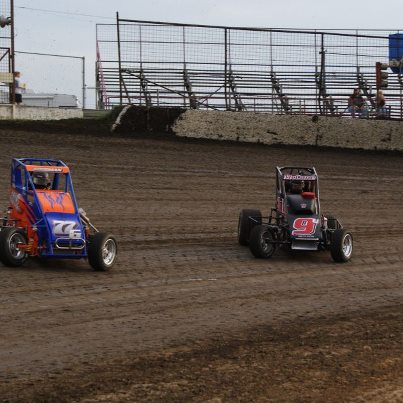 Maxim is one of the most successful sprint car chassis builders with race car sales across the States, Australia and New Zealand. They also build mighty Speed car chassis.

There are many others chassis in the Bowl and they include.

THE POWER FOR THE CHILI BOWL

For over 30 years Esslinger has be the leading supplier of Ford based engines for midgets. Esslinger specialized in 2.0 and 2.3 single overhead cam engines. As well as midgets their motors are used in off road, mini stocks and hydroplanes. By far the most popular choice for the Chili Bowl.

Earle Gaerte has been producing racing engines since 1969 for Sprint Cars and Midget Speed Cars. The Gaerte name immediately means super fast and reliable racing engines. Engines are produced for all dirt classes including his own designed 164CI engine used by teams all across the Speedway world 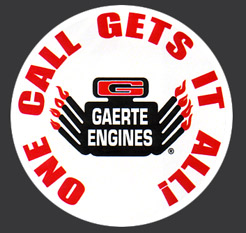 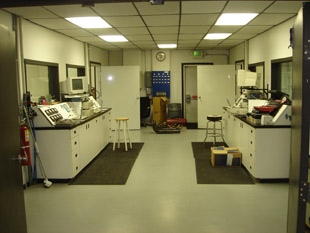 Fontana’s premier product, the New Generation midget engine, based on the GM four cylinder, is the result of 25 years of on-going development. It meets the expressed needs of today’s racer. Reliability, drivability, a wide, smooth power band, lightweight, best left side weight in the industry, and most importantly, an engine that can win any race – a Championship engine!

With the engineering might of Japanese car maker behind this project the little Toyota will be running near the lead all through the Championship.

Add to  the field factory supported engines from FORD, MOPAR, DODGE and CHEVROLTE there is sure to be one hell of rush for the lead in every heat of the Championship. .

The most popular combination of Chassis and Engine is Spike fitted with Esslinger . With so many great drivers with equal equipment it will take a very bold and game author to pick the winner of the 27th Chili Bowl