Monte Motorsports announces after 6 very successful years together the partnership will end at the conclusion of this current season. The association has been the benchmark in relationships between race team and corporate sponsor.
The partnership, six years is rare in the competitive world of Speedway and testament to effort the Team and its drivers have delivered both on the track and in the marketing and promotion of the Milwaukee Tools partnership. 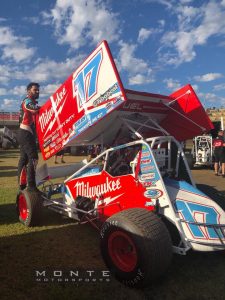 The quality of this Team is revealed in the Statement released recently with the announcement. Monte Motorsports are a class act;

Here is the press release from Monte Motorsports

The sun sets on the Monte Motorsports/Milwaukee Tools partnership.

After six seasons with Monte Motorsports, five of those seasons as the naming rights partners, we now have to say thank you and goodbye to Milwaukee Tools.

Shane Stewart, Kyle Hirst and James McFadden have all proudly worn the distinctive Milwaukee Tools branding on their race suits and driven to represent the brand to the best of their ability. Along the way we have been able to deliver a Classic crown with Kyle Hirst. James McFadden has also been a Classic champion along with back to back World Series Sprintcars champion during his time representing Milwaukee Tools and there have been countless race victories along the way.

We have had the most amazing relationship with the Milwaukee staff, dealers and end users, all who have supported this partnership and embraced sprintcar racing for the exciting sport that it is.

Milwaukee Tools delivered the most dynamic sprintcar promotion video we think that has ever been produced. This video was produced over 10 plus hours with parts of the sprintcar on track footage filmed in completed darkness and the end product was epic.

While we are sad to see the Milwaukee Branding leave our team we have nothing but complete respect for the people in the organization who believed in our team and our ability to showcase their brand to the best of our ability. To the Milwaukee management who we have worked with we cannot thank you enough, the past six seasons would have been so much less without this partnership.

To the sprintcar fans out there don’t be disappointed with Milwaukee Tools for leaving. Please be grateful as we all are for the opportunities that they have given our team and continue to buy their products as they are the best tools on the market and worth having in your tool box. 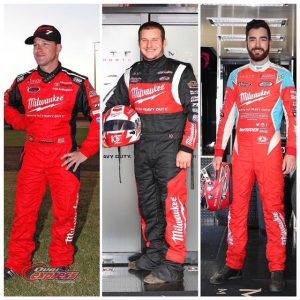